It was fourth time for me to scamper around Viljandi lake among family Varik. This time 8 people were presented, thus everyone who was able . 🙂 On competition morning I was little bit worried because there had been strong thunderstorm and rain at night in Viljandi. Some parts of the distance there run along a field. I was afraid of soft muddy ground – It would have not been very “ useful” for me. Still there has been a change in those 4 years for me. In the first year I had to start among the last group but this time for instance I started among the second group. Experiences from previous years have taught me not to be to rash at the beginning because of the upcoming difficult raise. For my luck the raise was successful but after I had some hard time getting my pulse under control. Before the fourth kilometer I still coped with it. The hardest parts of the track were still on the field, they were soft and muddy as expected. In addition the track was always heading towards raise. Four kilometers before finish the fightingwith muddy ground and exhaustion gave me idea to have a short walk. Immediately I remembered last year’s Tallinn’s half marathon where I decided to have a walk. – Mentally I lost much and I gave up, therefore I decided that this time I have to strive till the end longing for the upcoming relief. Reaching Tartu highway (the asphalt) made running easier and I was able to raise the tempo. I was looking at my watch and thinking that I might reach the finish sooner than last year. 😛 Last kilometer was difficult because my legs felt like “too soft” for running like “spaghetti legs” but still “gritting my teeth” I hung on till the end. 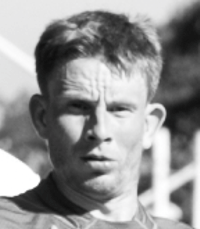